'I no longer have to depend on third-party promoters for business, thanks to PowerStores.'

John Pollard, widely acknowledged as the pioneer of White Water Rafting in South India, has 5 successful projects under his belt. Starting with Dandeli in 1999 and including 2 in Coorg and 1 in Maharastra in the subsequent years, John is now plying his trade in 2 locations in Goa, a spectacular addition to the myriad attractions that this beach-side state has to offer to its tourists.

John has been extremely successful in transforming sleepy, river-side locations into thriving tourist areas, creating a host of prosperous local tourism-related businesses in his wake. However, he has had to deal with one major setback in all locations until Goa.

“My business always depended heavily on third-party promoters. Whether it was the state government or travel companies and agencies who offer tourist packages, the people who came for river rafting were always their customers, not ours,” laments John.

The main reason for this was that he had no real channel to reach out to his target audience directly. “We always had a website, but we were also always dependent on the site developer to maintain it and update it. It was not possible to use the website as a marketing channel because of the heavy reliance we had on the site developers(who were often unreliable) to keep the website vibrant, dynamic and up-to-date,” remarks John. “As a result, we were never really able to use our website to build a relationship with our existing clientele, or to promote the business to attract new customers on our own.”

So, what changed in Goa? “PowerStores,” offers John quickly. John claims that with the help of PowerStores, he was able to create a website that was exactly as he had envisaged, without making compromises. But more importantly, he now has complete control of the website and is no longer dependant on developers or designers to maintain it. 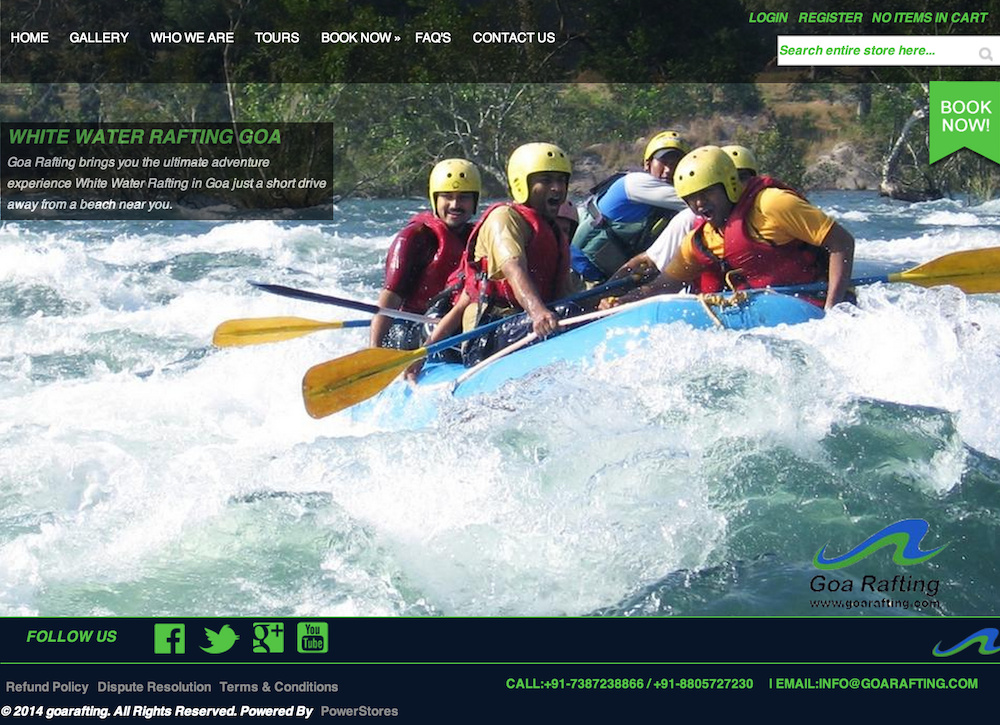 “PowerStores platform is so easy to use that I am able to make any and all changes to the website on my own. So whether it is changing the dates and timings of the tours or adding the latest pictures or engaging the customers with social media, I am in full control of the site.”

So, how has this impacted the business?

“I have a lot more control over my business. Now that I can actually use the website as a marketing channel, I am able to reach my target audience directly and attract new customers on my own. This means I am no longer at the mercy of third-party vendors for business. I also have a more meaningful relationship with my existing clientele.”

So, John used PowerStores to transform his role from that of a service provider to a being the owner of a thriving business.

All the best, John! Here’s wishing you many years of driving a successful business!